The Job of a Parent is to Make Tough Decisions 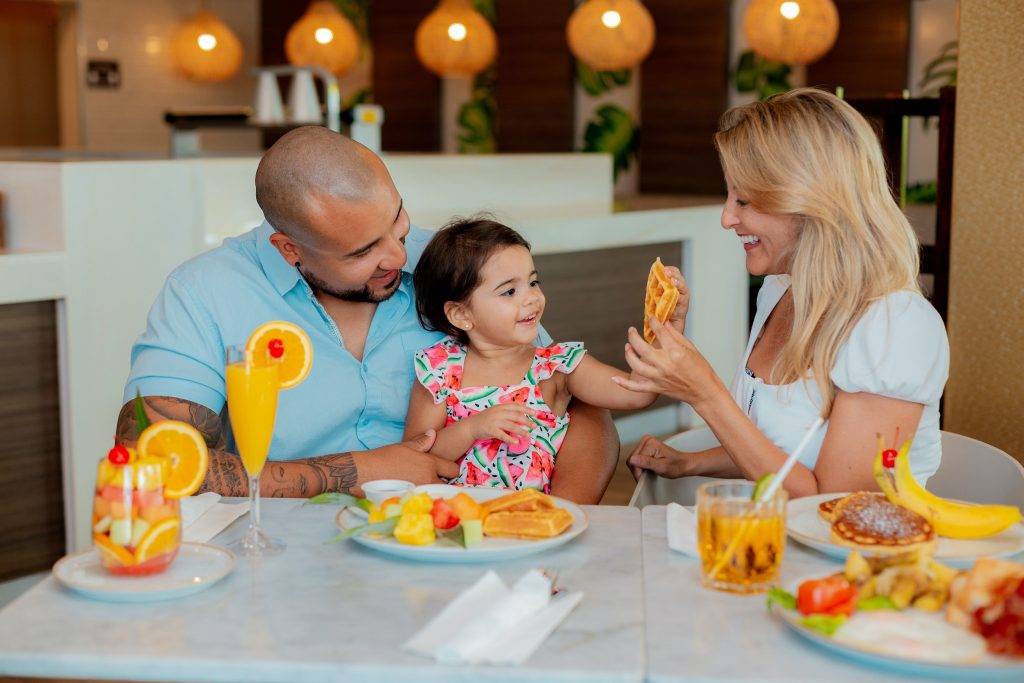 Some of the links below may be affiliate links. This means that, at zero cost to you, I will earn an affiliate commission if you click through the link and finalise a purchase. All product recommendations are products that I have used and loved, or products that I would recommend based on experience.

Is it ok for children to be on devices in public spaces?

Earlier this week whilst out for dinner at a family friendly eatery, I observed two different families with their children, and both triggered me! In both instances, children were watching and playing on devices.

The first family was a young family with a gorgeous little boy of about 8 or 9 months. This child was as quiet as a mouse. The reason for his quietness? His mother was busy holding her mobile phone up for him to watch what appeared to be children’s show or video. When they were at the table waiting for their food order to arrive, the little boy became a little niggly and immediately the phone was brought out again for him to watch. Being the nosey parker that I am when it comes to children, I quickly scanned the child’s pushchair, not a toy, or book in sight to keep him occupied. Nor did the parents at any time, put him on either of their laps and interact with him.  In fact, the parents hardly even spoke to each other!

The second family had two young kids aged about 6 and 8. What were the children doing? You guessed it! Each on an ipad! The boy was playing some kind of game and I couldn’t see what the girl was watching. Once again, the same scenario was playing out. No one was talking to each other except for the odd word here and there.

Obviously, I have no back story. I don’t know what these families were doing prior to coming into the restaurant and how they interact with their children outside of this experience. But let’s assume this is their normal modus operandi (which I fear is probably true based on the feedback I receive from my students).

What are some of the negative effects of having children on devices in a public setting like a restaurant?

·      In both cases the parents were removed from the situation – there was little to no interaction. Language and communication were neglected. The one phenomenon that we teachers are seeing more and more with each passing year is that children’s oral language is deteriorating. Unless children are exposed to language and included in conversations to learn how to express themselves accurately, and to listen, is it any wonder that the oral language of children is deteriorating?

·      There are times when quiet and patience are required. We do not need to be entertained every minute of every day. It’s the constant bombardment of stimulus that is the cause of so much stress in our own lives and the lives of our children. By being on devices, children were not learning patience or the art of waiting or simply being present.

·      Good old fashioned table manners were not being learned. The table is no place for an electronic device. There are several studies that highlight the benefits of eating together as a family and the powerful benefits that sharing a meal has on the development of a child, not withstanding learning basic social cues and learning how to behave at a table, whether in a public space like a restaurant or in or own homes.

The effects of screens on children’s development

There are plentiful studies that conclude that too much time on devices affects children’s social, language and brain development in several detrimental ways. Here is an article that explores many of the researched dangers of too much screen time.

In fact, the Australian Governments Physical Activity guidelines outline the amount of exercise children should be getting per day. The guidelines state that:

·      Children 5 to12 years of age should not spend more than two hours a day using electronic media (that includes TV) for entertainment.

When we are out in public, we all like our children to behave in appropriate ways so as not to draw negative attention to ourselves. There will always be times when our children will misbehave, that’s normal they are after all still learning. Is there anything we as parents can do to ensure that our time out in public is pleasant and relatively free of drama?

The following tried and tested advice certainly worked for our family and continues to work with my students at school.

·      Make sure you have healthy snacks for little ones and that your youngsters are fed and watered before going out. Hunger and low blood sugar levels can be a major cause of tantrums and undesirable behaviour. Never go out in public with a tired and hungry child, so make sure you get your timing right.

·      ALWAYS, ALWAYS, set your expectations before entering a public space, or when you’re visiting someone, or going to church or the supermarket or using public transport. Let your child know exactly what you expect from them. Be explicit and direct in your expectations. Once your child knows the boundaries and what is expected of them, they are much more likely to behave appropriately. Your conversation may go something like this:

We are going into a restaurant, I expect you to sit nicely, use your table manners and talk quietly. You can take in your pencils and colouring-in book/ Boredom Buster Bag if you would like something to do if the wait is too long.

Make sure you ALWAYS praise their positive behaviour and tell them how proud you are that they were able to use good manners and behave appropriately.

·      Always take some entertainment with, especially for younger children. A bag with your child’s favourite toy, a book, some colouring pencils, and paper. Check out my Boredom Buster Bag ideas in this post.

·      Play a game of I Spy when you are in a restaurant waiting for your order or even in the car… it keeps then busy for ages, and you can change the game up to suit the ages of your child. Some examples could be:

o   “I spy something beginning with the letter…”

o   “I spy something that begins with a … sound” which will be great for encouraging phonological awareness which of course is a future indicator of reading and writing success.

·      Engage with your child while you are out. Draw their attention to what is around them, so that they become aware of their surroundings – great for stimulating curiosity which is so important for learning. If you are out with your kids, you are obviously engaging in a family activity, so you will want to include them in conversation, read the menu to them if they are still not able to read, or help them read it for themselves. Include them in your conversation, so that they can build their language skills and learn to take turns listening and speaking. Isn’t this better than just sitting like a blob or playing mindlessly on a screen?

In conclusion, parenting is hard, but when done right, so incredibly rewarding. Children always want to please us, and they thrive on praise, and if we as the adults make the tough choices when children are young, not only will they grow to be pleasant young people that will be a pleasure to have around, but also skilful communicators who are aware of the world around them and know how to navigate the obstacles they will no doubt face in their future.

Stay curious until next time.

If you found this lesson interesting or useful, please share it with others so that we can create inquiring minds all over the world.

Ensure you don’t miss out on any future lessons by subscribing below.

Check out some other posts! 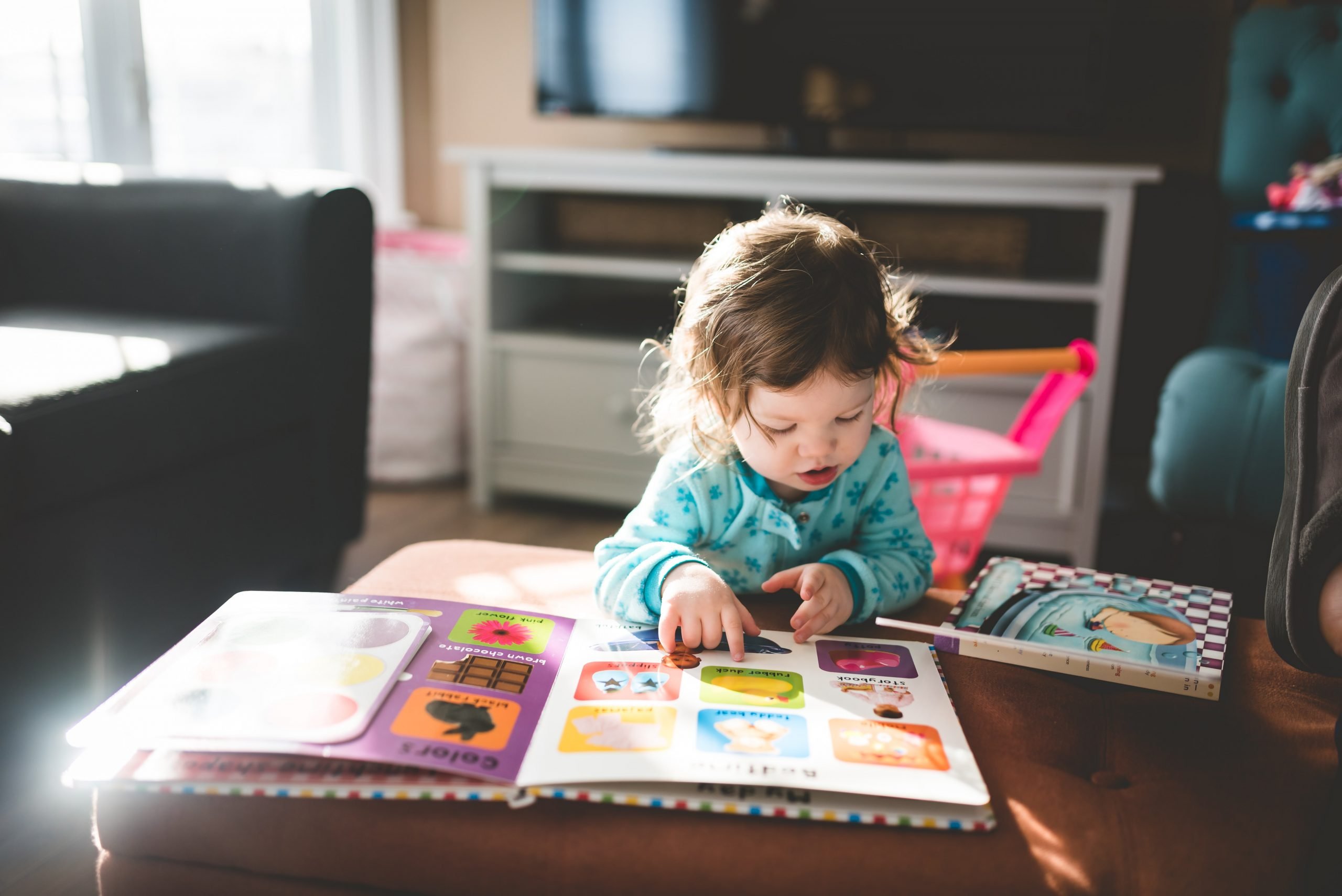 Reggio Emilia, Steiner or Montessori, which holistic approach is best?

In recent years the focus in Early Childhood Education is on a holistic approach to education. Montessori, Steiner, and Reggio Emilia are all holistic approaches  with a focus on educating the whole child. These philosophies have had a profound impact on Early Childhood Education. As parents and educators, we owe it to ourselves and our children, to explore what we believe about Education and how children learn best. 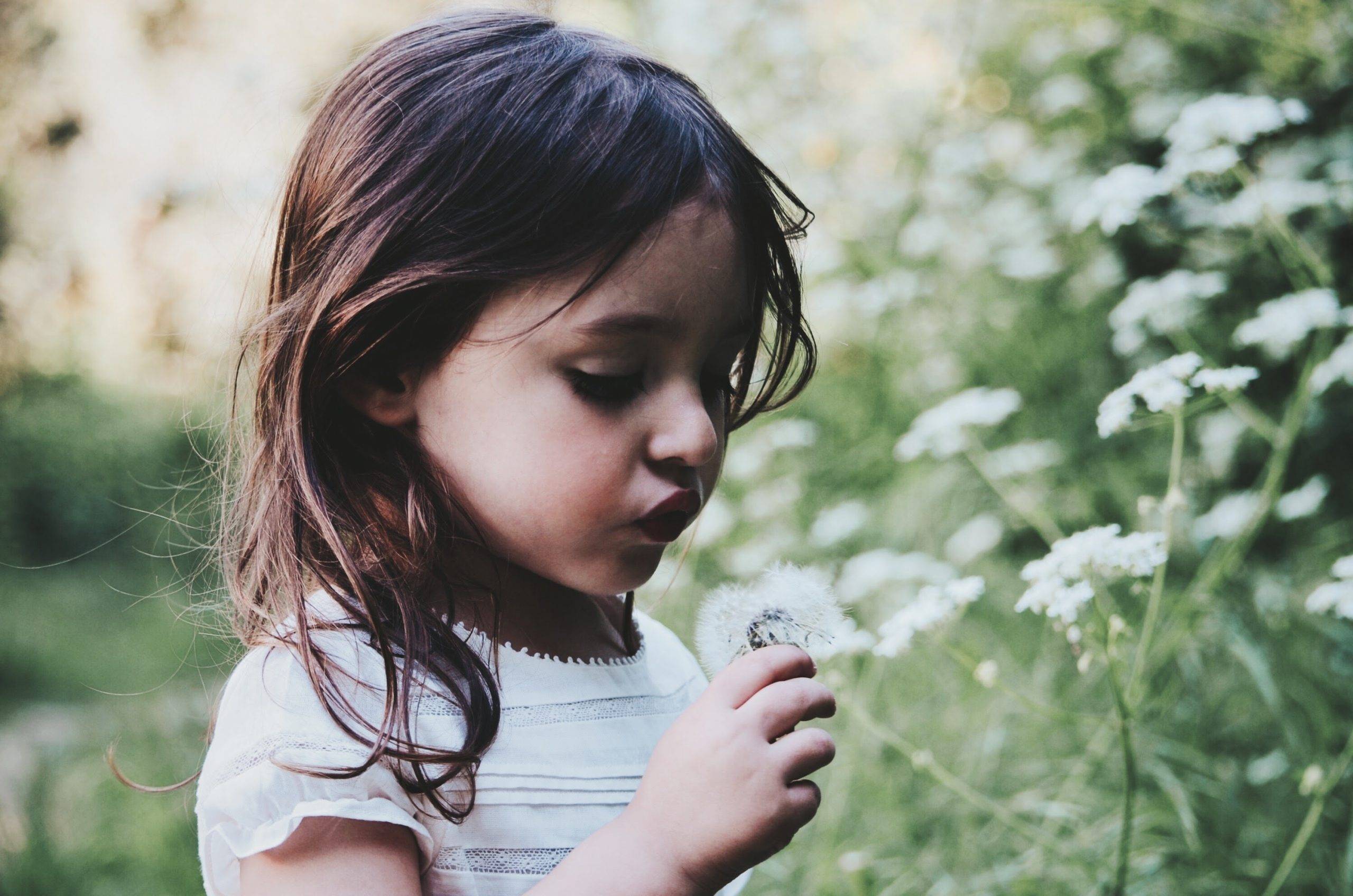 4 Simple Ways to Integrate Inquiry into Your Kids’ Daily Lives

Inquiry has the power to create inquisitive, thinking, questioning children and eventual adults. It makes a difference to children’s desire to learn. A desire to learn is the first step to successful and enjoyable learning. Here are four simple steps to get you on your way. 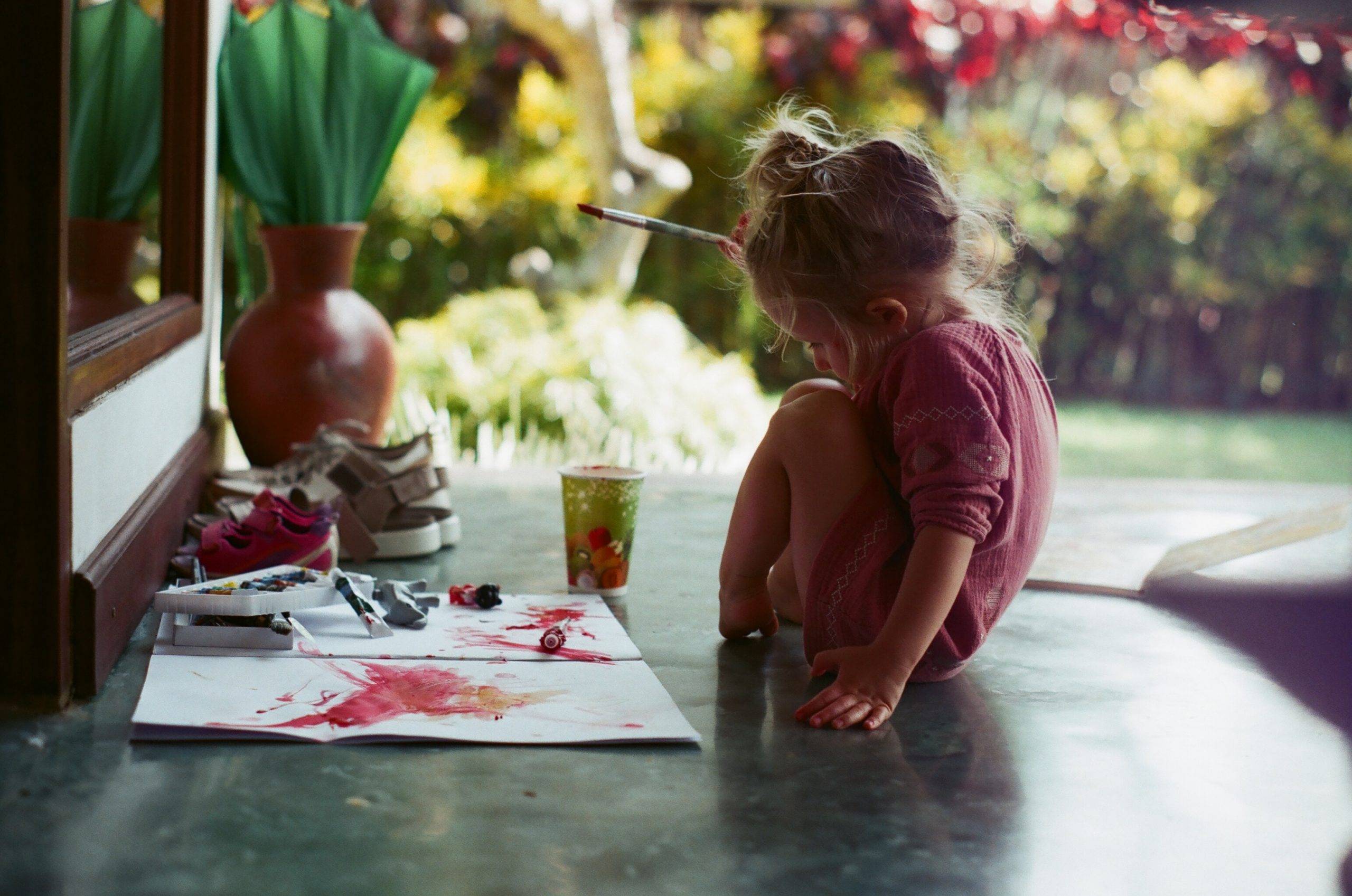 Motivating a disinterested child can be particularly challenging for a teacher or parent. Some children don’t ask questions, they don’t seem engaged in learning and it appears that there is nothing that creates a spark in their eyes. Being disinterested is a huge stumbling block to learning and must be overcome if we are to nurture the next generation of problem solvers and great thinkers. 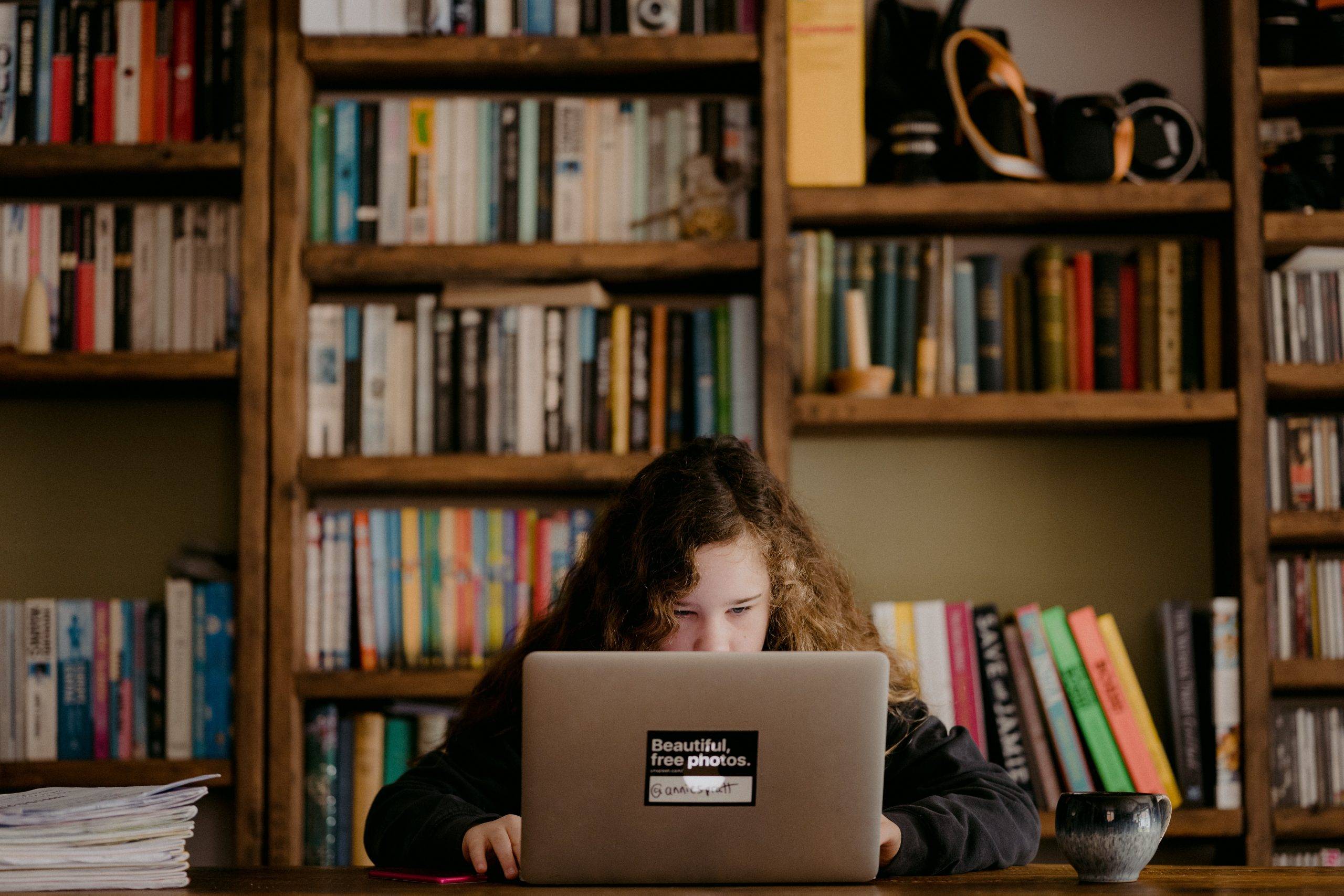 Covid -19 Highlighting a Lack of Curiosity and Providing Learning Opportunities

Not only has Covid caused much distress in all our lives, but it has also highlighted the lack of curiosity and desire for information from many. Over the past several weeks I have been astounded, dismayed, and frustrated at the general lack of curiosity not only in the children I teach as I try to cajole them into asking questions and explore their strengths, abilities and thinking about themselves and the world around them, but in adults too.

Wet weather presents unique opportunities for children to learn both indoors and outdoors. Explore some options to keep children happy and learning on a rainy day. 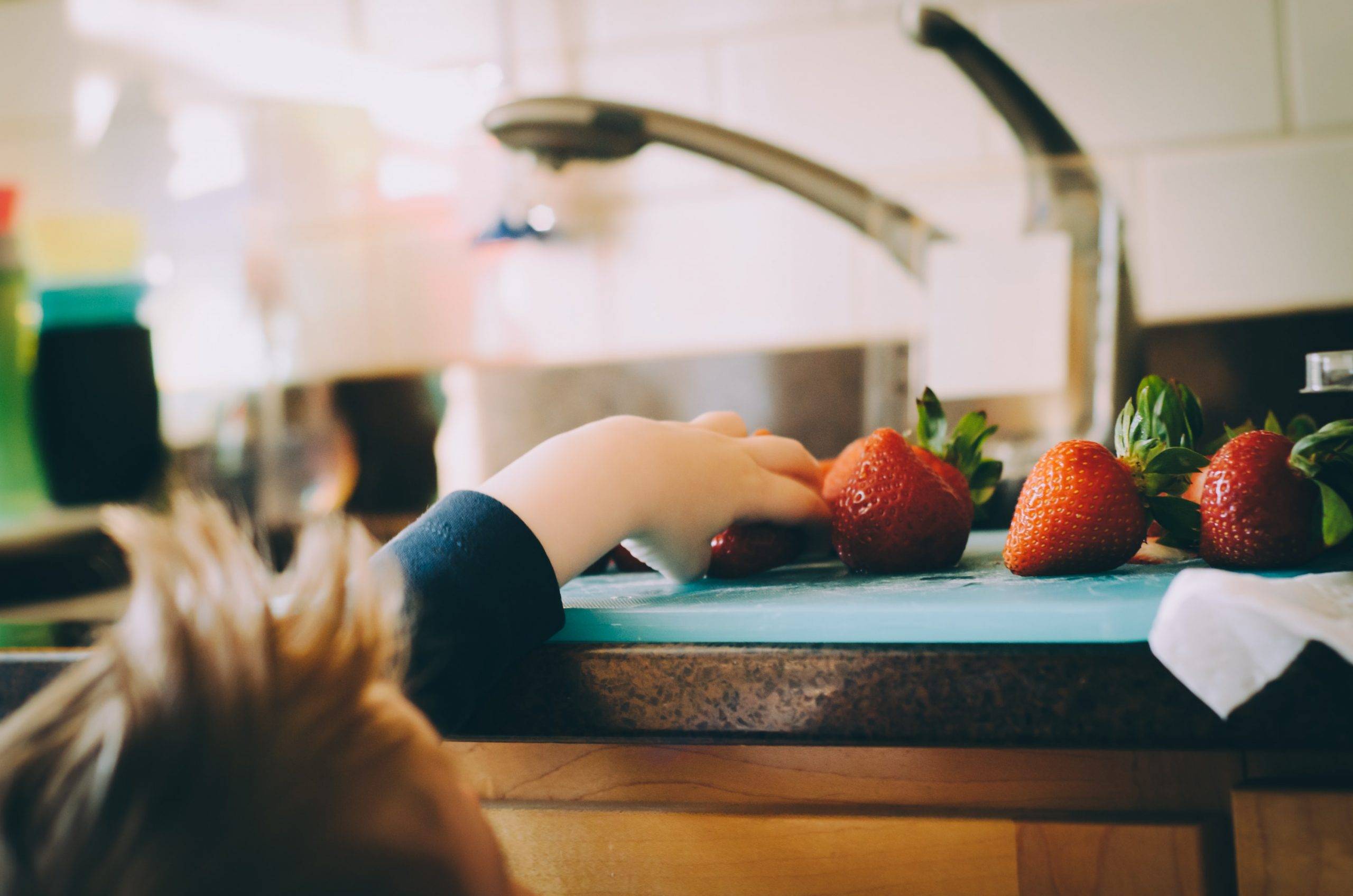 What Kids Learn in the Kitchen Matters

Some of the links below may be affiliate links. This means that, at zero cost to you, I will earn an affiliate commission if you

The Job of a Parent is to Make Tough Decisions

Reggio Emilia, Steiner or Montessori, which holistic approach is best?

4 Simple Ways to Integrate Inquiry into Your Kids’ Daily Lives